The restorative power of dentistry 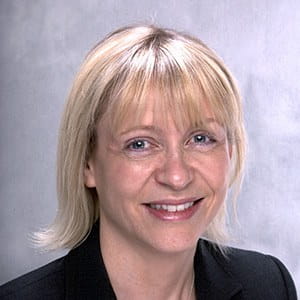 Many years ago, when I was a trainee, I saw a patient who had been referred for oral rehabilitation following surgery to remove a large tumour in the roof of her mouth. Unfortunately the surgical reconstruction had altered her mouth so radically that a conventional denture would be impossible to wear and implants were not routinely available at that time.

The impact was devastating for her. Yes, she had survived having cancer but now she faced a life of being embarrassed to be seen in public and being unable to eat or speak properly. Such indignity meant a future of social isolation.

I was struck that dental and oral rehabilitation had been almost an afterthought. I was sure that the involvement of a Consultant Restorative Dentist at an earlier stage would have made a difference. If the surgery had been done not just with the purpose of tumour removal but with future rehabilitation in mind the outcome would have been different.

In the 1990s, some leading Consultants in my specialty, Restorative Dentistry, began to change things. They began to get involved with the local head and neck cancer multidisciplinary teams and ultimately, the position of the Restorative Dentist as a core team member was cemented with the publication of the 2004 NICE guidance on Improving Outcomes in Head and Neck Cancer.

Fast forward to 2015. I am a Consultant in Restorative Dentistry in a head and neck cancer team. A few months ago I saw a sixteen year old girl who had half of her jaw removed due to a tumour. It was reconstructed with bone from her lower leg. She was assessed by me before her surgery and the oral rehabilitation plan was agreed with the maxillofacial surgeons. This meant that we could create a scan of her jaw, placing virtual implants on the scan in order to allow the implants post-surgery to be placed in the pre-determined position. Finally, once the implants had integrated over 3 months, she had a fixed bridge constructed to replace the nine missing lower teeth on the affected side of the jaw. This prevented her upper jaw from growing asymmetrically and in turn, prevented her from having a further operation to correct the upper jaw. From her perspective it prevented her from being bullied at school because of her obvious disfigurement. At the end of treatment, which took many months, her mother commented “thank you so much for bringing ‘normality’ to her life which she wouldn’t otherwise have had.”

Head and Neck cancer is not the only area where early involvement of Restorative Consultants can make a difference. Oral and facial rehabilitation for patients who are disfigured due to facial and dental trauma and due to developmental problems such as cleft lip and palate and hypodontia also benefit from Consultant Restorative Dentists working in a multidisciplinary team.

The changes I have seen since I first saw that lady all those years ago have been phenomenal. There is still a lot of work to be done but the next generation of Restorative Consultants are coming through, inspired and excited to be an integral part of these teams ensuring comprehensive patient care.