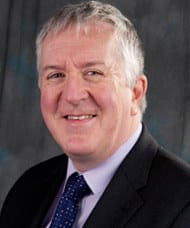 Since the inception of the AllTrials campaign, the move towards trials transparency has come on in leaps and bounds. 610 organisations have now signed up to the campaign, committing to registering their trials and reporting the results. Several pharmaceutical companies have jumped on board, illustrating just how far the movement has come. Even better, from 2016 the EU Clinical Trials Regulation will require all (prospective) drug trials to be publicly registered and their results reported.

Undoubtedly this is excellent progress. There is however an issue outstanding that is often overlooked: these welcome cultural and legal changes are primarily associated with drugs. Notably, the incoming EU Regulation will only apply to drug trials.

Given this, you would be forgiven for assuming that, when it comes to evidence-based medicine and trials transparency, we only need to be concerned about drugs. Not so.

Moves towards trials transparency have tended to disregard non-drug treatments, including surgery and lifestyle interventions. This occurs despite their clear importance: almost a third of hospital admissions in England (4.7 million in 2013-14) are for a surgical procedure,1and while cancer is the most common cause of death in England and Wales,2 four in ten cancers are preventable through lifestyle changes.3

Clearly the evidence base for non-drug interventions has huge implications for public health. But perhaps their oversight is because there is no problem in getting these trials registered and their results reported? Sadly, there is.

Lack of regulation makes it easier for non-drug trials to slip under the radar. A third of completed surgical trials are not published5and selective reporting of positive outcomes has been found to be prevalent in published surgical trials.6

If things are left to continue along these lines, our evidence base for surgical trials will be biased. This will likely lead to flawed treatment decisions, detrimentally affecting patient care and outcomes. As Vice President of the Royal College of Surgeons, I believe surgeons have a responsibility to ensure this does not happen. The College wholeheartedly supports the AllTrialscampaign, and has set out its views in a recent statement on clinical trials transparency. We expect all researchers conducting trials, including those supported by the College, to register the trial in a publicly accessible database; submit its full study report for publication; share anonymised participant-level trial datasets; and provide access to data if a trial is discontinued.

The College has been instrumental in establishing a UK-wide network of Surgical Trials Centres, and funds around 30 surgical trainees annually to participate in research through the RSC Research Fellowship scheme. Our continuing work to promote trials in surgery will be closely accompanied by our commitment to publication of surgical trial results, as we recognise that this is vital for trials to fulfill their potential to transform surgical care.

In the medical research community, we need to focus more attention on improving the transparency of non-drug trials, especially since EU law will not address this. At the RCS our aim is to instigate a culture change towards improving the transparency of surgical trials, and we urge others with influence over trials on surgical and other non-regulated interventions to do the same.

2. Office for National Statistics 2014. Deaths Registered in England and Wales, 2014