The politics of healthcare in party conference season 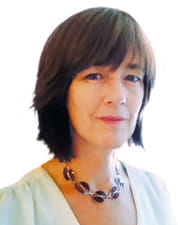 The financial situation facing the NHS is a subject which has dominated party conferences this year.  Statistics and predictions have ricocheted across the halls and the fringe debates in a rather chaotic fashion, pulling politicians, think tanks and charities into the arguments about access to GPs, transparency, patient choice and a looming £30bn black hole.

I’ve just come back from our meetings at the Labour and Conservative party conferences  in Manchester and Birmingham where the President, Clare Marx, and senior Vice-President, David Ward, held a series of meetings with MPs and representatives from the organisations we work with, and who have a major influence over secondary care.

Labour has promised mansion and tobacco taxes to raise an extra £2bn for the NHS.  David Cameron has promised that his party would protect health spending for the next five years.  We will hear the Lib Dem’s plans next week up in Glasgow.

What does this mean for surgeons, faced with already long waiting lists, operating theatre constraints and increasing concerns about emergency care?

The publication of individual surgeons’ outcomes attracted praise for the profession from Jeremy Hunt who also singled out the cardiac surgeon Ben Bridgewater for his work on audits.  Arguing that both transparency and peer review would have profound implications for the NHS, he made it clear he wants to see improvements in medical data across the board and understands the current imperfections. One of the most enlightening moments was when Baroness Young, CEO of Diabetes UK pleaded for better data.  She explained that GPs can opt out of doing the National Diabetes Audit, which measures the effectiveness of diabetes care against NICE clinical guidelines. Even if they agree to take part, they can choose to keep their own results private (not an option afforded to surgeons).

At a packed fringe event organised by the Nuffield Trust at the Labour conference in Manchester, Andy Burnham spelt out his vision for the NHS and ‘whole person care’.   He also suggested that hospitals could become integrated care organisations, providing primary and community care alongside secondary care.  For all the parties, the need for improvements and extra funding for  community services was a very strong theme.

Our President Clare Marx and Senior Vice President David Ward held a series of meetings in the crowded conference lobbies with organisations to explain the surgical landscape and the challenges the profession faces.  We also hosted a breakfast roundtable with MPs and other groups on the subject of co-ordinated care at both conferences,   following our survey which asked members, stakeholders and patients to comment on the level of coordinated care they feel patients receive and exploring how well the discharge arrangements are working. Carers UK and local government organisations want to work with the RCS to help improve discharge arrangements.

More positively, there is an enormous passion from different healthcare bodies that have to make the current system work significantly better than it currently does.  Exasperation at the lack of joined-up care runs like a thread through every debate.   It’s hard to know how the public will react to the threats and solutions proposed by politicians in the run-up to a general election but it’s very clear that the future of the health service will not be out of the headlines for the next seven months.