Colonel Paul Parker is the most senior trauma and orthopaedic surgeon in the British Army.  He is also a Consultant Orthopaedic Surgeon at the Queen Elizabeth Hospital in Birmingham, which is the main trauma centre for the West Midlands.  When he is not performing life-saving surgery, Col Parker directs the Royal College of Surgeons’ ‘Damage Control Orthopaedic Trauma Skills’ (DCOTS) course.  He explains why senior trainees and consultants in orthopaedic, general and plastic surgery should attend this course. 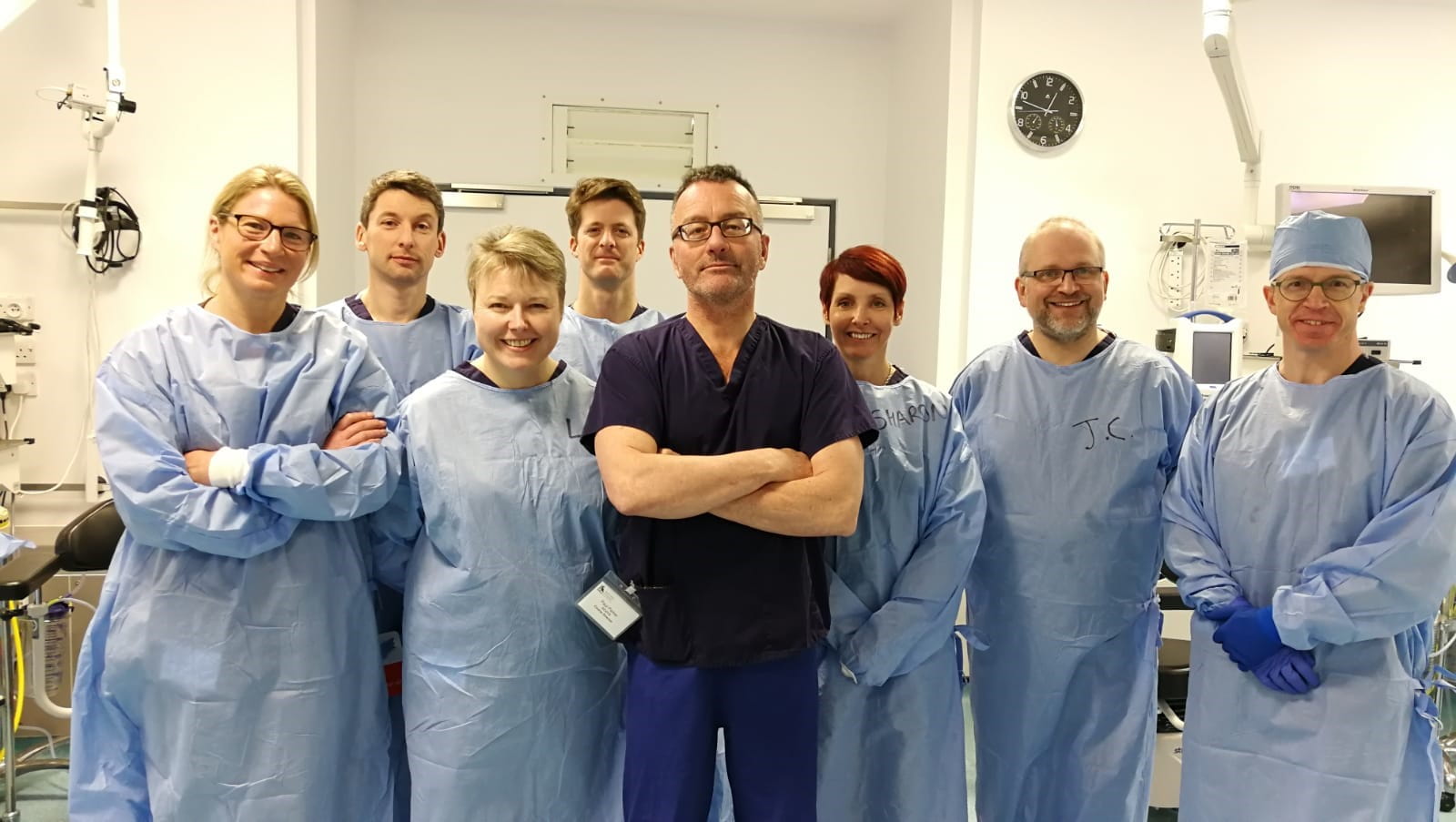 The ‘Damage Control Orthopaedic Trauma Skills’ (DCOTS) course offers a practical, team based approach to orthopaedic major trauma care. As such, the faculty teachers always include an anaesthetist, two plastic surgeons, a vascular trauma surgeon and six orthopaedic consultants (three of whom generally work for the military).

It is aimed at senior trainee and consultant orthopaedic and general/plastic surgeons.  They learn the skills needed to manage severely injured patients with life-threatening musculoskeletal injuries, often in challenging and time-critical circumstances. This could include someone who has been involved in a serious car crash, fallen from a great height, suffered a stab wound, or been involved in a terrorist blast incident.

Using cadavers, attendees practise a range of techniques with an emphasis on rapid control of exsanguinating haemorrhage (catastrophic bleeding), resuscitation and limb stabilization.  Specific techniques they learn include how to stop bleeding from major pelvic fractures using the approach known in medicine as ‘pelvic packing’.  Attendees also learn how to rapidly externally fix a femur (thigh-bone) bone. In an emergency, it may not be possible to subject a patient to a lengthy operation of several hours to fix plates to their broken bones, especially if they have other life-threatening injuries. To support their broken bones and keep their limbs aligned, an external fixator is used and we teach that this can be easily achieved in as little as seven minutes per thigh-bone!  Pins and screws, which are attached to a bar outside of the skin, are placed into the bone, above and below the fracture.  The other crucial skill surgeons learn, is rib plating. This involves fixing plates onto someone’s ribs to hold their chest wall in place, if their ribs have been crushed. We also teach resuscitative thoracotomy and arterial control in the groin.

We try and keep the course contemporary and responsive to changes in injury patterns and events. To that end I spoke recently at the RCS’s conference, “Surgeons at the sharp end: Knife crime in the West Midlands,” which took place in Birmingham. There were a number of excellent speakers on the epidemiology, and surgical care of knife injuries. Potential solutions to the problem were discussed as well as the role of the trauma surgeons in education and treatment.

Knife crime has sadly increased across all major cities in the UK. In the 12 months to the end of September 2019, knife crime offences recorded by the police increased by 7% to 44, 771 offences.[1]  Office for National Statistics figures also show that this is the highest on record since March 2011 when reporting for knife crime began.[2]  Meanwhile, the demography of knife crime victims is getting younger.[3]  Limb injuries are the most common (65%), followed by chest (12%) and abdomen (10%).[4] There is unfortunately a perception that the limbs and particularly the buttocks are a ‘safe’ place to stab someone. This is incorrect. If there was one key message in my talk – it was that “There is no safe place to stab anyone”. We now look at buttock and extremity stab injuries on DCOTS as well as injury patterns in bomb blasts.

In December, I was asked to take part in a discussion on BBC Radio 4’s PM programme on knife crime. I was able to point out that surgeons are sadly at the end of a societal pathway regarding stab injuries. We all need to do more to stop knife crime from happening. The rising incidence of knife injuries and terrorist incidents is another very important reason why colleagues should attend the DCOTS course. The skills are taught on fresh cadavers[5], not dry bones. Once performed, they are not forgotten. The faculty are friendly and massively experienced, yet approachable and ever so eager to teach.

The next DCOTS courses are in Manchester on April 23/24 and in Brighton on October 6/7. You can find more information here.

The next ‘Surgeons at the sharp end’ course will be on 5 May in Manchester. For more information, click here.

Colonel Paul Parker is the most senior trauma and orthopaedic surgeon in the British Army.  After medical school he attended Sandhurst Military Academy. He then served with a Reconnaissance Cavalry unit and the Airborne Forces.  He is one of only a handful of parachute-trained surgeons in the British Army. He has also worked closely with many Special Forces units both nationally and internationally. He has deployed with the military many times, to places such as Northern Ireland, Djibouti, Sierra Leone, Kosovo, Bosnia, Pakistan, Afghanistan and Iraq.

He is a Consultant Orthopaedic Surgeon at the Queen Elizabeth Hospital in Birmingham, which is the main trauma centre for the West Midlands. It serves the five million people living in the West Midlands and receives patients from as far as Bangor in North Wales, to Herefordshire. When he is not performing life-saving surgery, Col Parker directs the Royal College of Surgeons’ ‘Damage Control Orthopaedic Trauma Skills’ (DCOTS) course.

[3] BBC: Ten charts on the rise of knife crime in England and Wales

[4] Annals of the Royal College of Surgeons of England

[5] Royal College of Surgeons of England: Donate your body to medical science