Making the NHS a priority out of a hung parliament 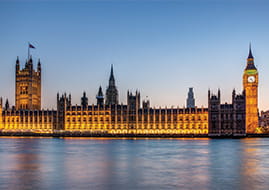 Despite polls and pundits predicting a comfortable majority, in the end the Conservatives lost 13 seats and ended on 318 MPs – 8 short of an overall majority. This has left Theresa May under intense pressure from the media, her own party colleagues, and an emboldened Labour opposition. Under Jeremy Corbyn, Labour finished the night with an additional 30 MPs, with post-election polls even putting them ahead for the first time since Corbyn became leader. So what are the implications for the NHS?

Theresa May’s failure to secure a majority has left her seeking an alliance with the Democratic Unionist Party, whilst attempting to maintain the status quo as far as possible. This has resulted in Jeremy Hunt being reappointed, leaving him on track to overtake Norman Fowler’s record of 5 years and 272 days as the longest serving Health Secretary. Although Hunt’s reappointment will be met with continued opposition from many in the health service and beyond, he does offer a sense of stability during uncertain political times. We know about his priorities and at least his return to Richmond House will provide NHS England with the opportunity to resume normal service.

The current state of our Parliament will of course have far-reaching consequences for the NHS though. The election has already caused unhelpful delays and distractions for the health service. A clear majority would have made it much easier to pass legislation too. The Conservatives rightly pledged in their manifesto to legislate to reform and rationalise the “current outdated system” of professional regulation and ensure there is effective registration and regulation of those performing cosmetic interventions. This would be an important step forward for surgery. The RCS has been calling for regulation for Physician Associates and other members of the extended surgical team – and until the election was called, we were expecting the Government to consult on reforming the regulators. Although still likely to proceed, this will now be more difficult without a majority in Parliament, particularly given the tight timescales for introducing a comprehensive Health Bill.

The lack of a working majority is also likely to affect Conservative manifesto plans for social care. The controversial pledge captured the headlines during the campaign as Theresa May was forced to clarify that there would be a cap on total care costs to protect at-risk homeowners. Without a majority, the Prime Minister is unlikely to risk putting such a controversial policy forward, which is potentially bad news for the NHS. As the RCS and many other organisations across health and social care have been highlighting, social care needs addressing and there is a concern now that it will not receive the attention it so desperately needs. The Conservatives were right to focus on social care in their manifesto and we must ensure it remains on the agenda.

On NHS spending more broadly, the Conservatives have pledged a minimum of £8 billion in real terms over the next five years, delivering an increase in real funding per head of the population for every year of the Parliament. This effectively extends the principle provided for in the 2015 spending review, to fund the Five Year Forward View, for an extra two years until 2022. How current spending is increased year by year is not stated, other than to promise real-terms growth per capita in NHS England budgets. However, the Nuffield Trust and Institute for Fiscal Studies have warned that the Conservative funding pledges – like those made by Labour and the Liberal Democrats – will not be enough. NHS Clinical Commissioners have already said this could result in access to routine care “slowing down” in a bid to contain costs. There were nearly 12 million operations done last year - more than ever before – and the Conservatives have overseen a dramatic fall in the number of people waiting more than a year for treatment.  However, new funding is still needed to improve access to elective care and the election result might actually help. The Prime Minister has reportedly already told colleagues “austerity is over” and her new Chief of Staff, the former Croydon Central MP Gavin Barwell, has admitted that Labour “tapped into” concerns about the public sector pay freeze. This could lead to a shift in direction.

One of the Conservative Party’s biggest announcements for the NHS, which managed to slip under the media’s radar, was the commitment to the “biggest ever extension” of capital funding in the NHS’s history. In an interview with the BBC’s Andrew Neil, the Prime Minister confirmed that £10 billion would be made available. Capital investment in the NHS estate is something the RCS has long been calling for. Responsibility for the NHS estate was devolved as part of the measures introduced by the Lansley reforms, and spending on capital projects has continued to decrease since the 2015 spending review – with funding redirected to minimise frontline service shortfalls. Sir Robert Naylor’s review of NHS property and estates, published in March, raised the profile of this important issue. The Conservatives must now act on their promise and deliver the transformation needed. We will await further details of this in the Autumn Budget.

The fact the Conservatives have returned to Government is also good news for Sustainability and Transformation Plans (STPs) which faced an uncertain future under Labour. In the last Budget in early March – which already seems like a political lifetime ago – the Government pledged £325m in capital funding for the most advanced STPs so this will move ahead as planned.  The Conservatives will almost certainly proceed with the plans set out in the Five Year Forward View, which again provides continuity and is likely to mean Simon Stevens keeps his job at the top of NHS England. Further change would surely be considered too risky.

The future of EU staff working in the NHS was another contentious issue during the election campaign. Currently 20% of surgeons working in the NHS trained in EU countries (excluding the UK) and there are more than 22,000 EU nurses and more than 27,000 other staff from the EU working in the NHS. The Conservatives have so far resisted calls to guarantee the rights of NHS workers after the UK leaves the EU although they have now said they will “make it a priority” in negotiations with the EU. The pro-EU Damian Green has now been promoted to First Secretary of State as May’s Deputy in all but name. Yet it remains to be seen whether the Conservatives will shift their approach to Brexit and what this will mean for the thousands of EU nationals working in the health service.

Public concern over the NHS has risen sharply to its highest level in 15 years with 61% of Britons now considering the NHS to be one of the biggest issues facing Britain. Remarkably, this is the highest level of concern recorded since April 2002. Another poll in the days after the General Election indicated that health was the single most important issue in deciding which way people voted. So although the focus may be on forming an alliance with the DUP and negotiating an exit from the EU, public scrutiny of the NHS will continue. The NHS is treating more patients than ever before, with activity increasing across the board, whilst key performance measures for hospital services are being missed on a regular basis.

The Prime Minister’s next big challenge will be to enact her election mantra and strengthen and stabilise a health system buckling under financial pressures, record waiting times and declining staff morale.

For further RCS analysis on the general election, read Susan Kelly's blog on What the DUP could mean for Health.