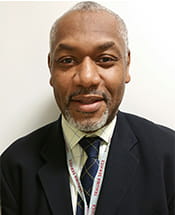 As a consultant vascular/trauma surgeon and lead for trauma surgery at Barts Health in London, I’m very much at the sharp end when it comes to dealing with the growing menace of knife crime. I believe we must now view interpersonal injury as a public health issue.

Not only are the numbers of victims and perpetrators growing, their ages are reducing. A few years ago, most victims were in their late teens and early twenties, but now many are in their mid-teens and younger, often still at school.

Even when a life is saved, they are forever different. Scars, disfiguration, the loss of a limb or internal organ – these are permanent, life-altering changes, almost all of which could have been avoided. This is what’s so frustrating for me and my colleagues, including partners at the charity St Giles Trust, as we attempt to patch up shattered lives – that the victim shouldn’t be here, and usually came to the operating theatre after taking a series of wrong turns in their short lives.

Recently I was interviewed as part of an iNews investigation into knife crime which found that between 2012 and 2017, at least 3,000 young people aged 19 or under were admitted to hospital in need of treatment – and this doesn’t include children seen in A&E and released without further treatment.

However, these statistics only tell part of the story. They don’t show us the reality of life for a child who has a disfiguring scar, or the months of recuperation required to recover from a major injury. The fear experienced by that young victim and their loved ones following the event every time they leave home. Not to mention the ruined lives of the assailants, often jailed and in their own way marked for life.

As someone who in my spare time works with young people from disadvantaged groups I believe the reasons for this explosion in knife crime are many and varied. Many of the youngsters I meet are smart and clever but lack positive role models. Their heroes are people who resolve problems with violence and are “respected” as a result.

Some kids carry knives for “protection”; the fact that carrying a weapon usually makes you less safe doesn’t always register. Then there’s the scourge of drugs, where dealers in search of big rewards take big risks, and alcohol, which results in people making poor decisions.

Social media, as well, must bear some responsibility for the rise in knife crime. When I was young, if children fell out they would resolve it after school or during break; now, an initial spat rapidly escalates, sucking in peers, growing with incredible speed into something uncontainable. The fact that more victims are now often the victims of multiple wounds inflicted by multiple assailants would seem to bear this out.

I believe we need to view knife crime as a public health issue. If 600 kids aged 18 and under were being hospitalised every year as a result of their mobile phones exploding, there would be a huge outcry and steps would be taken to remedy the problem. Yet because these are kids stabbing kids, almost all from deprived backgrounds, often classed as NEETS (Not in Education, Employment or Training), little is being done.

This public health approach has worked in Scotland, where authorities set up a violence reduction unit (VRU) to tackle endemic levels of violence. Police, as well as the education, social work and health sectors, worked together to tackle the problem, and the results have been incredible. In Glasgow, the number of children and teenagers killed with knives dropped from 15 between 2006-11 to zero (20011-2016).

Now I believe we need to adopt this multi-agency approach across England, working with schools, health experts, parents and young people, helping them to deal with their emotions, learn better ways of gaining respect, finding new and rewarding paths in life – ones that don’t end up with them under the knife, in more ways than one.