The morale maze: what's to be done to improve workforce morale? 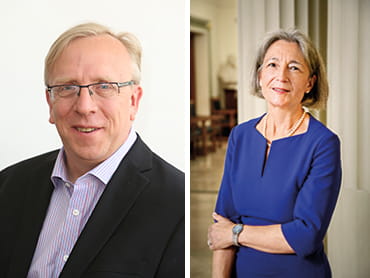 The NHS is struggling with the increasing realisation that the allocated money over the next few years will not be enough to pay for the demands being placed upon it. We have also heard that there is unlikely to be any more money, despite the significant inflationary shock that may follow the recent currency devaluation. Yet less attention has been given to a potentially greater problem: the inter-related problems of workforce shortages and poor morale.

The junior doctors’ dispute shone a light on the issue, but there has been growing concern and signs that a sense of detachment and demoralisation is creeping its way through the workforce. This threatens to undermine the huge change programme required to deliver the savings that are needed and the Five Year Forward View. How can we expect staff to champion far-reaching changes to transform care if they are demotivated and disaffected?

In the latest survey of staff only 42% were satisfied with the extent to which their work was valued by their organisation, while 57% said they were unable to meet the conflicting demands made on them.  The Nuffield Trust’s most recent survey of 100 health leaders found almost 60% thought that morale had deteriorated at their organisation, with workload cited as the main factor, closely followed by the financial position of the organisation and the NHS more generally.

So what can we do about it? At this year’s political party conferences the Nuffield Trust and Royal College of Surgeons brought together leading politicians, trade unions, doctors, nurses, allied health professionals, and employers for roundtable discussions about those extra-contractual issues that, if addressed, might boost morale and make NHS staff feel valued at work.

Two broad types of solution were identified: those within the power of NHS staff to change and those outside of our immediate control and require action from those in more senior positions in the health system.

Actions within our local control

Recognising that NHS activity is unlikely to become less intense we cannot just wait for a top down solution to improve morale. So what can individuals working on the frontline do to champion positive behaviour and improve morale?

There were a number of other issues identified that need further reflection. Doctors working in acute specialties such as surgery often support a nostalgic return to a ‘firm structure’ of apprenticeship style working. Whilst team working is common, the lack of regular senior mentoring opportunities is what is missing from the current structures. Other specialties have questioned whether “the firm” is a realistic model for the modern NHS and it does not apply as well in general practice, or to nursing or other health professions. Nonetheless, the mentoring opportunities or lack of them apply across the profession.

Consideration also needs to be given to the experiences of different groups of staff. Black and minority ethnic staff report much worse concerns, for example. The NHS Staff Survey and the General Medical Council’s trainee doctors’ survey need to be more widely studied by the NHS to monitor areas for improvement in morale. There is also a vast workplace psychology literature that needs to be better explored and further options presented.

One way or another, it is absolutely clear that workforce morale requires much greater priority. Let’s try some simple things now – they may make a difference.

Clare Marx is President of the Royal College of Surgeons and Nigel Edwards is Chief Executive of the Nuffield Trust.