What does a Conservative majority mean for the NHS and surgery? 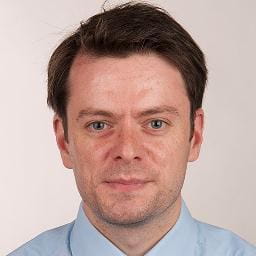 A new era of coalition politics was meant to be ushered in. The country’s political future was supposed to be influenced by the demands of UKIP, the Greens, and parties from Northern Ireland and Scotland. In the end, the 2015 election produced an almost traditional outcome with a clear majority for a long established party.

On first inspection, continuity and stability appear to be the order of the day for both the new Government and health policy. Many previous cabinet ministers keep their old jobs alongside Jeremy Hunt who returns to carry on his work as Health Secretary. The Conservative Party manifesto was lighter on health compared with other sectors, with the Tories preferring to see out the Five Year Forward View and continuing to drive seven-day care throughout the NHS.

A period of stability would be helpful for the NHS. Staff have become fatigued with endless ‘redisorganisations’ of health service bodies, and some political continuity will  allow the relatively new clinical commissioning groups time to bed-in. Until now, commissioning organisations and other NHS agencies have rarely lasted beyond 2-3 years, with the National Care Standards Commission holding the dubious record for the shortest existence – surviving just 17 days.

Continuity would offer the NHS space to focus on the real challenges facing the health service, particularly well-established cultural and financial risks.

But beneath the surface there are some signs that the new Government has a few ideas which might yet disrupt the status quo.

Jeremy Hunt has already indicated his greatest priority is to improve out of hospital care. This has rightly been on the cards for some time and there is consensus that this is needed. However, the danger for surgery is that it becomes a second-order priority as the focus of policy-makers is diverted from the acute sector to delivering improved care in the community. Ideally, reforms in the community need to go hand-in-hand with reforms in hospital.

More radical yet, the Chancellor George Osborne announced that the Government intends to publish a ‘Cities Devolution Bill’ which will devolve wide-ranging powers to English cities, including for health and social care.

The original intention was for Manchester to receive more powers. ‘Devo-Manc’, as it’s been coined, will involve merging the health and social care budget, regulating systems instead of organisations, and creating a new authority overseeing the whole health and social care system at a Manchester-wide level. Rather than wait to see how this experiment fares, the talk is of where else this could apply. The opportunities and consequences could be profound.

Finally there is the issue of finance. The Conservatives have pledged to increase NHS funding by £8bn by 2020, yet commentators believe this money is needed now. Further, the Health Secretary has previously said some of this money could be diverted to adult social care. Additional funding is desperately needed there, but at what price for NHS services?

A traditional election result may yet produce a few new surprises.

Patrick Leahy is Head of Press and Public Affairs at The Royal College of Surgeons.