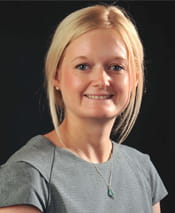 It was with great interest that I read about Dr James Barry: The woman who fooled the RCS and deceived the world in the October issue of the Bulletin. As a female surgeon, I am appreciative that I was born 200 years later and my gender is no longer a barrier to attending medical school, or taking my membership exams for the Royal College of Surgeons as it was for Margaret Bulkley.

Whilst red tape such as this has now been lifted, the stereotypical surgeon remains an older, white male. When introducing myself to patients or colleagues the look of disbelief registered on their faces is all too familiar; first of all, the shock that I’m not a nurse and secondly that I am, in fact, their surgeon. After speaking to many aspiring and inspiring female surgeons at the recent Women in Surgery conference I realise that this is not unique to me and neither is ‘imposter syndrome’ unique to Miss Bulkley.

Whilst on the surface it appears that the gender gap in medicine as a whole is decreasing or perhaps even inverting (fifty-six percent of foundation year 1 doctors are female)1, in surgery the statistics tell a different story.

Currently 29.5%2 of surgical trainees are female, yet less than 11% of surgical consultants are female. Whilst some may argue that it will take time for female medical students to become female foundation doctors, surgical trainees and eventually consultants, it has now been at least 13 years since medical school intakes became predominately female yet still the percentage of female consultants in underwhelming. There are still great steps to take until the gender gap in surgery is eliminated.

So why is surgery failing to attract and subsequently retain women surgeons? When attending the Women in Surgery (WinS) conference, I met scores of inspiring female medical students, foundation doctors and surgical trainees that, thus far, are enthusiastic about pursuing a career in surgery despite sometimes being subject to discouraging remarks. Whilst many women had been inspired, encouraged and motivated by female and male role models who had been positive mentors to many of them, there were some tales indicating that we’re still some way off achieving true equality.

It is this lack of a clear role model that is putting foundation doctors and surgical trainees off following a surgical career. Research commissioned by the RCS4 has shown that a lack of ‘identity fit’ with a career in surgery leads juniors in all levels of surgical training to perceive that a surgical career is not suitable for them. In order to increase identity fit, female trainees need to see more role models that are, or were, in similar positions to themselves during their training. I work alongside many inspiring consultant surgeons, both male and female, that manage to balance their day job and family life without too much difficulty – indicating that it shouldn’t be too difficult for me to do the same.

In fact, none of this is just a female issue. It’s an issue for all surgeons. With the recent news revealed in the GMC annual report of a decrease of 5% in the numbers of surgeons in training since 2012, the specialty needs to work even harder to attract the best and the brightest graduates. The surgical career is missing out on many of these by simply not being an appealing career to women. If we let this continue the once well reputed and sought after surgical career that we all know will wither. We must all do our part to attract and retain our high-quality female surgical colleagues.

Find out more about flexible working opportunities and other careers advice.