Under pressure: not enough support for consultants? 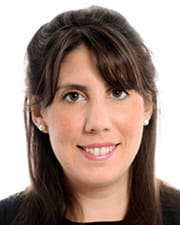 In recent years, the NHS has increasingly struggled financially as costs have risen faster than income. According to the NHS’s Five Year Forward View, the NHS needs to achieve efficiency savings in the range of 2–3% a year up to 2020/21 to maintain the current level of NHS services and quality of care with planned funding.

When funding is tight in a labour-intensive sector such as the NHS, finding ways to stimulate labour productivity will be a key element in achieving these savings. Consultants account for about 12% of the workforce in hospitals and are a critical group for decision making. In recent years, the skill mix of the NHS has been enriched by increasing the number of consultants relative to other staff groups. Between 2010 and 2016, consultant numbers rose by 22%, compared to just 1% for nurses and 2% for all staff. Increasing the number of consultants is an expensive approach.  Consultants do incredible work to provide outstanding service to patients but in order to maximise value for money by increasing their productivity and increase staff morale, consultants must be able to work in a supportive environment.

A new Health Foundation report – A year of plenty? An analysis of NHS finances and consultant productivity – shows that between 2009/10 and 2015/16 the productivity of consultants fell by 2.3% per year. This was a result of the number of consultants rising faster (4.1% per year) than activity (1.7% per year).  Consultants work incredibly hard across the NHS, but if they don’t get the support they need and a working environment that is fit for purpose then their efforts won’t translate into better care for patients and greater efficiencies.

Our research looked at consultant productivity to identify the factors associated with higher productivity.  Productivity was measured as hospital activity per consultant. The activity which include emergency, inpatient and outpatient care was case mix adjusted to account for variation in intensity of care. Our analysis revealed that consultants are more productive when working in hospitals with greater proportions of nurses and support staff. Increasing the proportion of nurses by 4% in a hospital can increase activity per consultant by around 1%. A more balanced rise in staff numbers across all staff groups may help the NHS to make the most of consultants’ skills.

Capacity issues are also increasing pressures on consultants. Our model found that consultant productivity was negatively associated with delayed transfers of care (DTOCs). DTOCs occur when patients stay in hospital longer than they need to because they are awaiting transfer into the community or to a non-emergency setting. DTOCs are sometimes referred to as ‘bed blocking’, as they reduce the number of beds available. There are many potential implications of bed shortages, including operations being cancelled. So as hospital activity rises, the number of DTOCs and cancelled operations also increase, and therefore inefficiency get worse.

As stated in a recent letter to The Sunday Times, surgeons were left ‘kicking their heels’ due to cancelled operations as a result of bed shortages: ‘With no time to organise other work to do, we end up sitting around doing nothing. It is terribly inefficient.’ Increased pressures on the social care system exacerbate this issue. Although the extra £2bn for social care over the next three years announced during the spring budget is welcome, it is unlikely to be sufficient. Most estimates of the social care funding gap (even those that include funding raised by the local authority precept) are around £2bn for 2017/18 alone.

Our model also found that consultants in hospitals that invested more in infrastructure and building through private finance initiatives (PFIs) are more productive. PFIs are a way to privately finance public sector building and infrastructure projects such as new health care facilities, but are often criticised as their costs can outweigh their monetary value. The government announced an extra £325m for capital investment for the NHS, but as the Department of Health is increasingly struggling to balance its books – in 2015/16 it took £1.2bn from its capital budget (long-term investment used to finance building and infrastructure) and added it to its resource budget (short-term investment used to provide health care services) – this is unlikely to be sustainable.

If the NHS is to achieve the 2–3% efficiency savings a year, as set out in the Five year forward view, finding ways to increase consultant productivity is essential. Consultants work incredibly hard to provide one of the best standards of health care in the world. But our latest report suggest that they are not getting enough support to reach their full potential and that the NHS is not making the most of their skills. Without properly targeted funding and action to tackle the systemic barriers to consultant productivity, inefficiencies will continue to rise.

You can read the report A year of plenty? An analysis of NHS finances and consultant productivity on The Health Foundation website.