Bariatric surgery can provide a lifeline for people with obesity 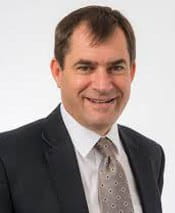 Health Secretary Jeremy Hunt has warned that obesity will overtake smoking to become the biggest public health challenge over the next five years.

There are concerns that the health service will be overwhelmed unless urgent action is taken to stop people piling on the pounds.

And there has been criticism in the media that more money is spent on bariatric surgery than efforts to stop people becoming obese in the first place.

We agree that the government must urgently get to grips with this health challenge. But we dispute claims that bariatric surgery is somehow to blame for the obesity crisis – that the health service simply waits for people to become obese and then offers them surgery as a ‘quick-fix.’

Bariatric surgery is not a quick-fix and surgeons in the UK operate on only a tiny proportion of the people who would be eligible for surgery under NICE guidelines.

As Professor Sir Bruce Keogh, Medical Director of the NHS, said at the launch of the National Bariatric Surgery Registry (NBSR): “As in all branches of medicine, prevention is better than cure but, when required, bariatric surgery is effective and safe.”

Surgical success comes despite the fact that our patients are becoming heavier and presenting with more health complications at the point of surgery.

The NBSR is the source of information on the effectiveness of weight loss surgery in the UK. The latest report includes figures on 16,956 primary operations and more than 1,327 planned follow-up procedures.

Two-thirds of patients with Type 2 diabetes at the point of surgery were free of the condition two years later and therefore able to stop taking medications for it. This is how the NHS saves money through surgery.

Surgery also gives people back their health. Before treatment, 73.2 per cent of men and 71.5 per cent of women suffered functional impairment – they were unable to, for example, climb three flights of stairs without resting. After surgery more than half – 56 per cent – could carry out such tasks.

Read a couple of our patient success stories.

In many cases bariatric surgery is the right choice for many people who have severe and complex obesity. It improves their quality of life and often enables them to achieve things that had become impossible.

For some of these people, bariatric surgery is one episode in the lifelong chronic disease of obesity. Bariatric surgeons in the NHS are pioneers and champions of the multidisciplinary team (MDT) approach to patient care, ensuring that we get the best possible results in both short and long term.

Members of the British Obesity and Metabolic Surgery Society (BOMSS) and their colleagues do important work. Audits and official figures only confirm what we see day to day in our surgeries - bariatric surgery plays a vital role in helping people who suffer ill-health because of their weight and saves the NHS money at the same time.